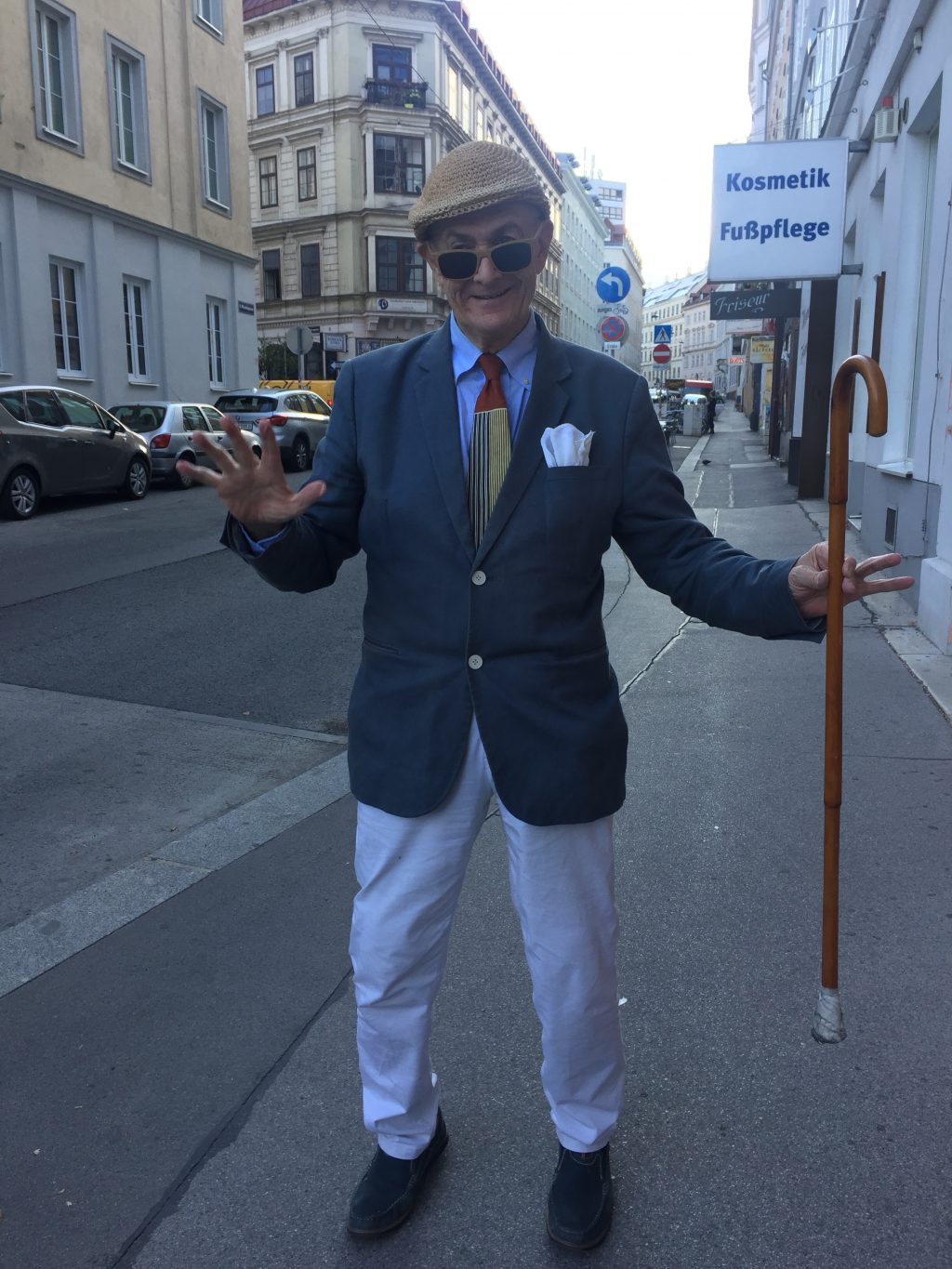 Prof. Herbert Lachmayer, Emeritus and prolific exhibition curator learned how to endure moral and aesthetic ambiguities in the Berlin underground of the 1970s. Here he explains Geschmacksintelligenz, a neologism of his own making. The German word approximately means intelligent taste.

Geschmacksintelligenz means cognisance at first sight. If we for example encounter strangers for the very first time – on a social or professional level – then Geschmacksintelligenz will allow us to gauge in a split-second whom we are dealing with and what our chance of sovereignty is. This capability of assessment prima vista engenders not only the majority of our successful actions but our entire conduct of life. The primarily aesthetic judgement does not go by an exclusively rational logic which demands of itself to objectify reality always and everywhere. Instinct, phantasy and imagination elude the interpretation through rationality and successfully occupy the domain of the ‘merely subjective’. The skill of Geschmacksintelligenz is engendered by a balance of conscious/unconscious, rational/irrational and discursive/ intuitive. A reflected life means juggling all these nuanced contradictions in perpetuity.

Geschmacksintelligenz by no means equates to yet another notion of ‘good’ taste. The constant wrangling around what constitutes ‘good’ or ‘bad’ taste obfuscates the realisation of our geschmacksintelligent competence more than explaining it. Yet the importance of aesthetic judgement (in the Kantian sense of Geschmacksurteil) as far as our self-presentation is concerned can’t be underestimated: a dismissive aside concerning an outfit can hurt more than a jocular reproach regarding moral turpitude (the latter might even fill us with pride). At the basis of all this lies Geschmacksintelligenz, the cultivated judgement of a perceptive ratio, which instantly seizes social and psychological realities. Geschmacksintelligenz is not to be taken for granted once acquired: it is a constant process of empirical learning. A critical revision of these evaluative contextualisations can only be successful if the reflection of aesthetic surfaces happens anew over and over again. Geschmacksintelligenz is a refinement of our critical sensorium on the level of aesthetic realities.

Translated from the German by Philip Mann